Nadal  leads their previous meetings 15-7. He has won all their French Open meetings in straight sets but in their last two best of 3 clay court matches Murray has taken him to 3 sets. The most recent was in the quarter final in Rome last season. 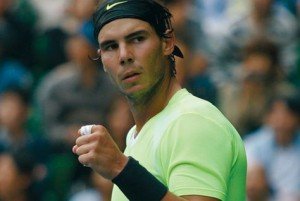 Murray was looking a little tired against Nishikori but the Japanese player was poor compared to his level in the Ferrer match. Murray has been aggressive in the last  couple of weeks and that’s when he plays his best tennis. He has also been serving very well.

Nadal isnt at his best but still didnt face a break point against Berdych. He did face 5 against Dimitrov and was broken twice. He has won the title for the past 2 seasons and has won it a total of 4 times. The home crowd will be right behind him

A Murray win will be a surprise but I think he can keep it close. He seems to have a little more belief in his ability on clay. Mauresmo knew her way around a clay court and won several titles on the dirt. Maybe this can be where she can add something to his game.

Nadal starts too low. I’ll be waiting for higher on Nadal. Back him if he goes a break behind.