The Wimbledon draw is out this morning. I will be putting up my previews and quarter final predictions tomorrow.

Baghdatis leads 2-1. Istomin won their most recent meeting last season. He won in straight sets at the Australian Open. They have never played on grass.

Baghdatis has faced just 7 break points all week. He saved them all. He beat Ferrer, Zverev and Bolelli in straight sets.

Istomin saved all 7 break points against Mayer. He faced a match point in the 3rd set tie break.

We probably won’t see many breaks in this one so the  value is on Istomin. Lay Baghdatis below 1.35.

Head to heads  are 1-1. Their most recent meeting was in March and Bencic won in 2 sets on a hard court. Wozniacki’s win was last year, also on a hard court and she won 6-0, 6-0.

It wasn’t an impressive opening set from Wozniacki and Petkovic yesterday. Nine of the 12 games were breaks of serve. Both players’ ground strokes were strong and most of the breaks were forced. The second set was all Wozniacki. 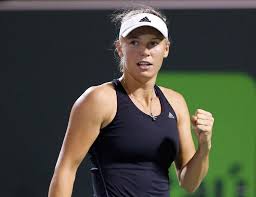 Bencic came through against Konta in 3 sets. Konta seemed to have run out of energy in the 2nd set but was still competitive in the 3rd.

It’s hard to predict how this one will go. If Wozniacki plays her A game then she has the edge but after her opening set yesterday I’m not confident of that. It could be worth a lay on Wozniacki around 1.25 . Wozniacki  to win in 3 sets looks the most likely outcome.