Seppi made a shaky start to the week with a 3 sets win over Delbonis. His second serve was vulnerable and he faced a massive 16 break points though was broken 4 times.  In the second round he took an early lead against Haase but let the 5-2 advantage get away and he needed a late break to take the set.  He won the match 7-5, 7-5 and was more reliable on serve in set 2. 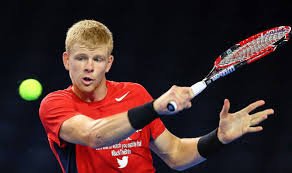 What a season Edmund is having! In his first round win over Marchenko he served well though I would have expected him to put more pressure on the Marchenko serve. He won the match in 2 tie breaks. His serve was broken twice.  In his next match he took on Ferrer who has been in decent form himself.  Ferrer often starts slowly and that was the case yesterday. Edmund easily took set 1 for the loss of just 1 game. Ferrer bounced back in the second set. In the deciding set Edmund was twice a break behind but broke back each time and took the match in a tie break.

Edmund has proved this year that he isn’t worried by the big names and he starts as pre match favourite at around 1.67 . Seppi is now ranked 100 but has been a top 20 player and can still hit that level on occasions.

I favour Edmund to win this as long as he maintains his level of play from yesterday. I want 1.85 or better.