Djokovic had dominated their recent meetings and Murray’s biggest problem seemed to be that Djokovic was in his head. He didn’t really believe he could beat him. They played in the final in Madrid and Djokovic won in 3 sets. Then they played in Rome. Djokovic was a little below his best but Murray was superb. He actually seems to be enjoying playing on clay. 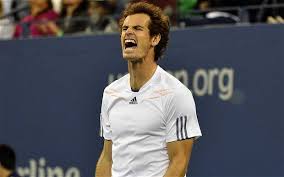 Wawrinka was poor in the semi final with Murray but I think he just saw right from the start that he was a step behind Murray. Stan didn’t have enough hear for the fight.  Murray slipped up a little at the end of the 3rd set and Stan got the break to take the set but Murray stepped up a gear at the start of the 4th set and it was all over.

Djokovic had his problems with Bautista Agut after the rain delays. Bautista Agut was never far behind after taking the opening set. Berdych played his best tennis when he was a break behind. The only time he had a leads was in the third set but Djokovic immediately took it away from him.

Both players have come under pressure at times in this tournament but slams are a marathon rather than a sprint. They have to pace themselves in order to have enough left for the latter rounds. Murray took him to 5 sets in the semis last year. He was fit enough to stay with Djokovic but he just didn’t have the depth in his game on a clay court. That has now changed. Murray is now one of the best clay courters in the world. We wouldn’t have expected anyone to be saying THAT a few years ago.

The value is on Murray. THIS will be a classic.