They met earlier this week in the Round Robin stage. Federer won in straight sets. Djokovic was below his best but Federer has been in great form in this tournament. 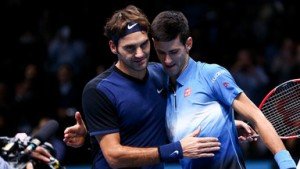 Federer’s concentration lapsed against Nishikori and he lost his only set of the week. He was back to top form against Wawrinka in the semi finals.

Djokovic was also back to his best for the semis and made very few errors against Nadal. He always raises his level for finals and this is a big one.

Djokovic has won this event for the past 3 years. He won’t be giving it up easily. If both players bring their A game then Djokovic takes it.I think we see 3 sets in this one.

Djokovic to win in 3.