The final grand slam of the season gets under way on Monday.

I’ll look at who might have a chance of progressing through the tournament. As with Wimbledon the tournament looks wide open for the women. 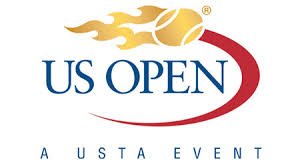 Karolina Pliskova heads up this section. Her potential route to the quarter finals looks comfortable for a player of her ability. Strycova could possibly give her some problems although I have a feeling Strycova may not make it past the second round match with American Jennifer Brady or Andrea Petkovic.

The other half of this section looks like being much more competitive. It looks likely that Radwanska, Vandeweghe, Safarova and Kuznetsova will make it to the third round. Not easy to pick the 4th round match ups but I’m going with Vandeweghe to beat Radwanska dna Safarova to get past Kuznetsova though that would be a great match.

This section could get very interesting! The top players are Svitolina and Kerber. Svitolina’s route to the quarter finals is packed with banana skins. Bouchard in round 2 should be a decent warm up. Gavrilova won the title in New Haven this week and she probably meets Shelby Rogers in the second round. That won’t be an easy one and I have a feeling Rogers can take it. Flipkens, Vesnina, Maria and Keys have all put in respectable performances recently but I am going for Flipkens to beat Vesnina and Keys to beat Martia comfortably.

The 4th round should see Svitolina meet Keys and i give the American the edge.

The other half of this section is no less interesting. Kerber is the defending champion and as we have seen from her in the past the weight of expectation isn’t something she deals with too well.

Ostapenko has proved that she is comfortable in grand slams. She made the third round in Australia and won the title of the French Open. She backed those up with a quarter final finish at Wimbledon.  I expect her to meet Pavlyuchenkova in the third round as long as Pavlyuchenkova deals with the disappointment of her meltdown in her last match in new Haven.

That would give us a 4th round meeting between Ostapenko and Kerber and if kerber gets that far I think she will struggle.

Not as many serious contenders in this section though we do have Wozniacki, Venus Williams, Kvitova and Muguruza. Those four player would be my picks to get to the 4th round though they are far from guaranteed a place. Woz faces Makarova in the second round.

I don’t see Venus having too many problems in the early rounds. Dodin and Bertens really shouldn’t put her under too much pressure on this surface.

In the other half of this section Muguruza will make it to the 4th round as long as she is healthy. Giorgi or Kristyna Pliskova could take a set from her but she has better big match mentality than both those opponents.

Kvitova has been well below par since winning the title in Birmingham. She probably faces Britain’s Heather Watson in the second round. If she gets through that one she will meet Garcia. Both those are players that she will beat easily when at the top of her game but that level has eluded her recently.

Another interesting section and perhaps the most open. Simona Halep reached the semis in 2015 and last year she made the quarter finals. She has played some excellent tennis recently although in the semi finals in Toronto she flopped against Svitolina winning just 2 games and in the final in Cincinnati she managed just 1 game from Muguruza.  Her toughest opponent comes in the first round. Maria Sharapova is currently ranked 147th and gets a wild card entry to the tournament.  She has won all 5 of her meetings with Halep although they have not met since 2015. This is clearly the match of the round and i give Halep a slight edge but it will be tight.

If Halep makes it to the 4th round her opponent is far from certain. Sevastova and Peng are likely to meet in the third round and on her form this year I give that one to Peng.

The other half of this section has Konta, Goerges, Barty and Sloane Stephens. I give Konta the edge over Goerges though if the German serves well she will make a match of it. The way Stephens has played since her return to the tour makes her strong favourite to reach the 4th round.

If I am correct with my quarter finalists then the second week looks like being one you don’t want to miss!