The WTA tour hasn’t been missing as many players as the ATP. Serena Williams has been out of the mix for most of the season so things have been a little more open.

The grass season is short but has already given us a few surprises. Sabalenka was ranked around 150 12 months ago but is now in the top 50 and proving to be an excellent grass player 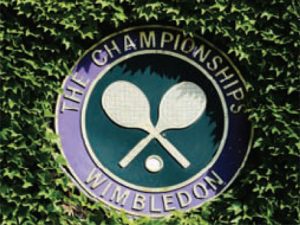 reaching the final in Eastbourne this week.

Radwanska has just returned from a back injury and reached the semi finals in Eastbourne and looked almost like she had never been away. Kvitova has show some strong form on grass though as is often the case her fitness can be fragile and she withdrew from her Eastbourne second round match.

As usual the women’s tournament will be more open than the men’s and we could easily have a new champion.

This is a very strong section.  Halep, Konta and Cibulkova in the top half and Kvitova, Sharapova and Ostapenko in the bottom half.

Halep should have a tricky third round encounter with Pavlyuchenkova. Konta won’t have an easy match with Cibulkova in round two. If they both get through those banana skin matches Halep and Konta look set to meet in the fourth round. Konta beat her at the quarter final stage last season.

In the bottom half the three main players look comfortable up to the third round. Kvitova will meet the winner of the Diyas v Stosur match. I’d expect Diyas to come through but you never know what you’re going to get from Stosur. Kvitova should beat whoever gets through.

Ostapenko and Sharapova are likely to play in the third round. If they do then I’d expect a 3 setter but give Sharapova the edge.  She hasn’t played Wimbledon since 2015 when she reached the semi finals but Ostapenko reached the quarter finals last year and won’t give her an easy ride. Ostapenko usually lifts her game for slams.

The main contenders in this section are Muguruza, Kerber and Garcia.  They won’t have everything their own way as Barty and Kasatkina will have an eye on the second week.

Defending champion Muguruza also reached the final in 2015.  She has a potentially tough second round match with Van Uytvanck but she will need to be below her best to lose that. Kontaveit could be her third round opponent. Kontaveit is an excellent grass player but has lost both her grass matches this season as strong favourite. Unless she improves next week she probably won’t make that third round.

Also in the top half of the section Barty should get past Bouchard in the second round and Kasatkina should be too strong for Linette. The winner of the Barty v Kasatkina third round meeting will play Muguruza for a place in the quarter final.

The bottom half of the section would look to be Kerber’s for the taking. Her biggest threat would seem to be Caroline Garcia but the French player has a tricky second round match with Alison Riske who loves playing on grass and has shown some strong form in the last couple of grass tournaments.

Plenty of talent in this section. Pliskova has a great game for grass but oddly has never been past the second round at Wimbledon.  She faces Azarenka in the second round this year.  Azarenka has not played much this season. What could possibly go wrong?

If Pliskova gets past the second round this year she is likely to face Sabalenka.  Sabalenka is a big hitting player with a decent serve. She reached the final in Eastbourne.

Venus Williams is also in the top half of this session. She has won just 1 match since March and has not played on grass this year. She did reach the final last year so should be motivated but needs to get her act together. She probably meets the other Pliskova twin in the second round and potentially Bertens in the third round.

The lower half of the section contains the current US Open champion, Sloane Stephens. She also reached the final of the French Open. Her preparation for Wimbledon has been to not play a competitive match since that French Open final. She lost in the first round last season. She should be OK up to the third round.  Barthel could give her some problems there and if Stephens gets through it then Strycova has a good chance of beating her in the fourth round.

Strycova would need to get past Julia Goerges in round three.  McHale, Petkovic and Tsurenko could disrupt the lower half predictions.

This section has Svitolina, Serena Williams and Keys in the top half. Serena is unseeded which could be a problem for Svitolina as they are likely to met in the third round.  Svitolina may have a few problems with Mladenovic in round 2.

Keys also looks safe enough up to the third round and will meet Rybarikova who has an excellent record on grass. Good chance of 3 sets there.

The bottom half of the section is tough. Wozniacki won Eastbourne this week. She will have a tricky match in the third round regardless of whether Safarova or Radwanska makes it through their second round meeting.  Vandeweghe or Sevastova will be waiting in the fourth round. Vandeweghe had a good tournament last year making the quarter final.

From Sunday and then every evening during the tournament I will be live on YouTube from around 9 pm. We will have a look at the day’s matches and try to find some value for the following day’s matches. Everyone welcome.