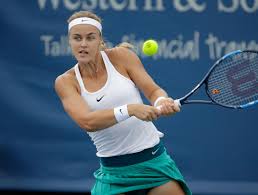 Falconi has struggled a little this season and has had a minor injury which caused her to retire from The Newport Beach Challenger in January.  She has only played 2 clay court matches in the last 12 months which she lost. She has won 4 of her last 10 on this surface.

They have both won 50% of their matches in 2018. Schmiedlova has significantly better clay results. Back her above 1.75.