Radwanska leads their previous meetings 5-2. Their last match was just last week in Wuhan. Radwanska won in straight sets on a hard court.

Radwanska has had a pretty good season and she has found her consistency in recent months. She had a comfortable win in the last round. 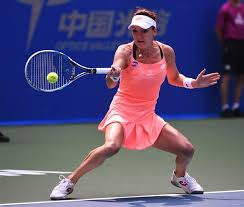 Makarova has had some good weeks in 2016 but has been disappointing over all. She also had a comfortable win in the last round losing just 3 games to Vesnina. She did face 8 break points but saved them all.

I think Makarova can be competitive today and will do better than she did in their last meeting but I have to favour Radwanska.

Back Radwanska if she is broken. She starts around 1.32.