Halep leads their previous matches 4-1. Their last meeting was last month in Wuhan. Halep won in straight sets on a hard court. She also won their other 2016 matches, 1 on hard courts and 1 on grass. Keys took a set from her at Wimbledon. 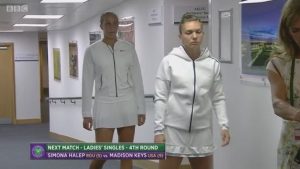 Halep, like Kerber,  won just 1 of her 3 matches last year. She was favourite in the 2 matches she lost with her only win coming over Pennetta.

Keys withdrew from her semi final in Linz. I am thinking that was precautionary and was to give her time to get fit for this tournament. Keys has better indoor stats I think Halep will be the more nervous of the 2 as more will be expected from her.

Lay Halep if she breaks first. Keys to take at least a set if fit.