In Singapore last year Kerber lost 2 of her 3 round robin matches. There are extra distractions from sponsors, endorsements and media attention when you are a slam winner and also when you’re world number 1. Kerber has won 2 slams as well as taking the top spot so she is a hot property. Her form since reaching number 1 has dropped a little. 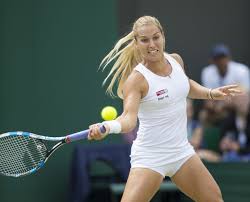 Cibulkova is making her first appearance at the year end finals in Singapore though she did reach the finals in Sofia in 2014.  I think she will enjoy the experience. I expect her to take at least a set here.

Lay Kerber if she breaks first. There will be a lot of pressure on her shoulders this week.