Halep leads their previous meetings 4-3. Kerber has won 3 of their 4 matches this year. Halep’s win was the only one that went to 3 sets.

Both players looked good in their opening matches though once their respective opponents started to up their level they were put under real pressure. 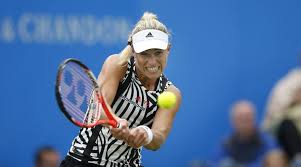 Kerber broke Cibulkova right at the start of their match and Cibulkova eventually broke back for 4-4. Her level dropped a little in set 2 and Cibulkova gained in confidence to take the match to a third set. Cibulkova broke first in set 3 but 2 breaks from Kerber gave her the match.

Keys started her match with Halep fairly well but when she was broken in her second service game she fell apart.  In set 2 Halep against took the first break of serve. Keys did break back but then immediately lost her serve again!

Today both players will have periods of the match where they are on top. This looks like a 3 setter but I have to go with Kerber for the win.

I take you from beginner to confident trader