Muguruza leads their head to heads 4-3. Their last meeting was on October last year on an indoor court. Radwanska won in 3 sets. That was also at the WTA Finals. Muguruza had won all 4 of their other 2015 matches. Three of them were on hard courts. 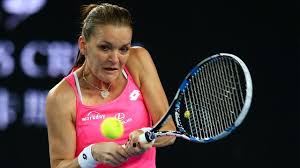 Muguruza hasn’t been in great form under pressure recently. She blew a 5-2 lead in the 3rd set against Pliskova. She had match point but was broken. In her last 2 service games in that match she won just 1 point.

Radwanska had match points against Kuznetsova. It was a high quality match once Kuznetsova managed to get to grips with the court.

I’ll wait for a better price on Radwanska. 1.80 or better.