Pavlyuchenkova leads their previous matches 4-2. Their last meeting was in Madrid on clay in May 2014. Pavlyuchenkova won that one in a third set tie break.

Pavlyuchenkova reached the final in Moscow last year and won the title in 2014. She usually performs well in her home country. 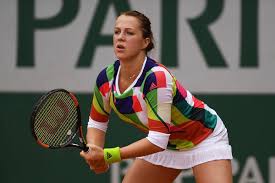 Jankovic has been in decent form on hard courts. She reached the final in Guangzhou a month ago, the third round in Wuhan and Lost to Wozniacki in the semi finals in Hong Kong last week.

Pavlyuchenkova is priced too low but I expect her to win. Back her if she gets broken. I feel we have a good chance of seeing 3 sets.