Cornet leads their previous meetings 5-3. Their last match was in May 2016 in the French Open. Cornet won on clay in 2 easy sets. Cornet has won 5 of their last 6 matches.

Flipkens has come through the qualifying rounds this week. Two of her 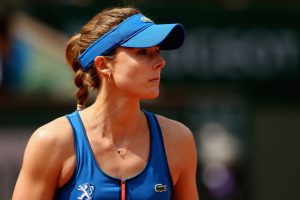 three matches went to 3 sets and she had a really tough match with Vekic which she took 7-5 in the deciding set.

Cornet’s stats this year are a little stronger. Tough to predict this one as it looks like going to 3 sets. Value is on Flipkens at the start.

Cornet to win in 3. Lay Cornet if she breaks first. I think we will see her trade higher than her start price of 1.65.