Pavlyuchenkova leads their previous matches 3-1. They last met in May 2016 on the clay in Madrid. Pavlyuchenkova won in 2 sets.  They are 1-1 on hard courts with both matches going to 3 sets. 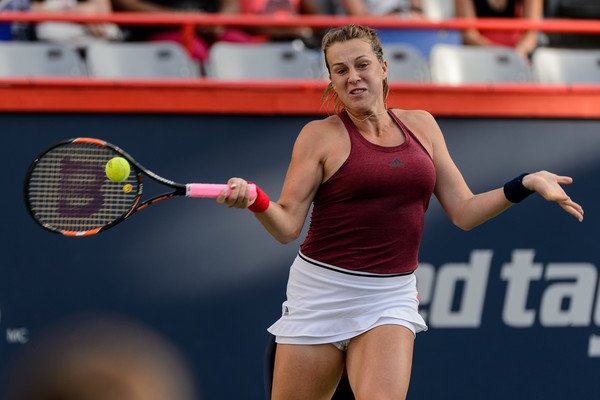 matches. She also won 4 of her last 10. On hard courts Pavlyuchenkova’s results and stats are also a little better with 66% of matches being won compared to 58% for Tsurenko.

Tsurenko has shown some decent form recently and reached the quarter finals in Stanford, USA  2 weeks ago. She reached the second round last year in Cincinnati.

Update: Pav came back twice from being broken in the 1st set and then took the set. The 3 sets can also be ticked off but Tsurenko took the deciding set.