Kerber leads 2-1 from their previous meetings. The most recent was in 2014 on a hard court. Kerber won in 2 sets. Kerber has won the opening set in all their matches. 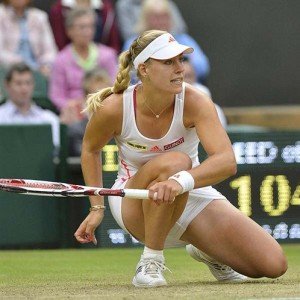 Jankovic reached the semi finals last week and hasn’t dropped a set so far this week.

It was a poor second set from Kerber yesterday. She was broken 4 times in the match which was disappointing although Pironkova is a very capable player on grass.

This will be close and I am favouring Kerber to get the win. She will need to be aggressive though and won’t get away with so many errors today.  I will back her if she gets broken early.

Cilic leads from their previous matches 5-4 but Troicki has won their last 4. He won last week in Stuttgart in a third set tie break.

Cilic won the title in 2012 and reached the final in 2013. He had a poor loss in round 1 last year. Reached the quarter finals at Wimbledon  last year.

Troicki reached the final last week and I wasn’t sure he would be interested in this tournament. He scraped through in 3 sets against Mathieu in the last round and was broken 4 times.

I think Cilic gets an overdue win over Troicki today but I need a price of 1.70 or better before backing.