Sign up for my daily Trading Advice email for previews, predictions and trading advice on all the day’s main tour matches. Sign up today and you will get the whole Wimbledon tournament.

The email is even better value for money when it covers a Grand Slam event!

Get your copy here

Radwanska leads their previous matches 8-2. The most recent was at Wimbledon 2013. Radwanska won in 3 sets. Pironkova’s last win was on grass in 2012. 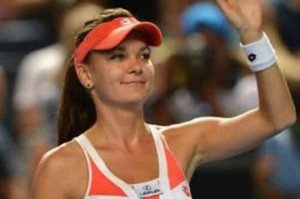 Three good wins for Pironkova so far. There were lots of breaks in her last 2 matches. She will need to improve her serve today.

Radwanska has been broken just once in her 2 matches. I think she will be put under more pressure than she has been so far and I will look to back her if she gets broken in the early part of the match.

Head to heads are 1-1. Their most  recent meeting was at this event last year. Konta won in 2 sets.

Bencic beat Keys in the second round and then took the opening set from Bouchard. The Canadian was suffering pain from an abdominal strain and retired at 0-3 in their second set.

Konta is making the most of her Wild Card entry. She beat Makarova in straight sets. She made a fast start against Muguruza but  almost let the set get taken away from her. A second break won it for her. Muguruza took it to a 3rd set but Konta played an excellent match.

Bencic has the edge here but I expect it to be close. I think Konta can take it to 3 sets.

Back Bencic if she goes a break behind.