Youzhny has won all 5 of their previous meetings. The last time they played was in Madrid in May 2013 on clay. He won in 3 sets.  they haven’t played on a hard court since Beijing 2011. 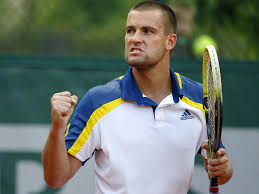 Both are former top 10 players.  Almagro has been struggling to find consistency this season. There have been glimpses of his real ability and he reached the third round at the US Open.

Youzhny has had a much better season and his hard courts stats have been strong.  He also reached the third round at the US Open. He has come through the qualifying rounds this week.

The head to head record is hard to ignore but this is the type of match that may inspire Almagro. I think he will be competitive.

Some value on Almagro at the start. Wait for 1.80 on Youzhny.