Kuznetsova leads their previous meetings 12-4. Their most recent match was last month in Wuhan and Kuznetsova won in 3 sets. She has won 8 of their last 9 matches.

This is a tricky match to predict. No one expected Radwanska to win the WTA finals last year. She has had a strong season in 2016. She withdrew from her quarter final in Tianjin 2 weeks ago. She had won the title in 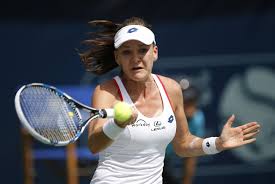 Beijing the week prior to that.

Kuznetsova successfully defended her title in Moscow last week to win a late entry into the WTA Finals. She has had one of her most consistent seasons for a while.

Radwanska will be the more rested player but I think we will see a close match. I’ll be laying Radwanska below 1.25 in the early games. Good chance of 3 sets. I give a slight edge to Radwanska but initial value is on Kuznetsova.