Flipkens leads the head to heads 3-2. Their most recent meeting was in October 2016,in Luxembourg. Niculescu won on an indoor hard court in straight sets. Flipkens won both their matches on outdoor hard courts in 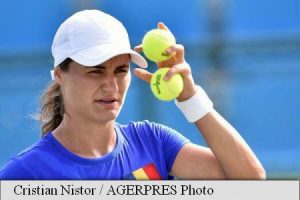 Better over all stats from Niculescu  last year and she was also stronger on hard courts.

Flipkens had some decent weeks on hard courts in 2016 including reaching the final in Monterrey in February. Her form tailed off towards the end of the season.

Back Niculescu if she is broken first.